Mick Cornett is an international speaker on urban planning and economic development whose TED Talk has been viewed by 1.7 million people worldwide.  In 2019, he joined Jones PR, a national integrated communications agency, as Executive Counsel.

Affectionately known as “Mayor Mick,” he is the longest serving mayor of Oklahoma City from 2004 to 2018 and the first to win four consecutive elections. During his 14 years as mayor, Mick helped spur record-setting economic growth for Oklahoma City, attracting more than 9,600 new businesses and creating 100,000 new jobs in the city. He helped secure Oklahoma City’s first major league sports team, the Oklahoma City Thunder, and passage of MAPS 3, a $777 million quality-of-life infrastructure program to continue the city’s transformation.

Nationally, Mick served as President of the U.S. Conference of Mayors; named one of the “Five Most Innovative Mayors in the United States,” by Newsweek magazine; the “2010 Public Official of the Year” by Governing magazine; and Fortune magazine named him one of “The 50 Greatest Leaders in the World.”

Mick authored The Next American City, which addresses the changes re-shaping American urban life. He has appeared on national television more than 200 times spreading his optimistic and pragmatic vision for the city, state and nation.

Cornett earned his degree in journalism at the University of Oklahoma and his MBA from New York University. He is married to Terri Cornett and has three sons and four grandchildren. 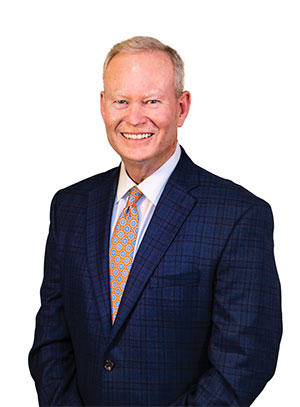