John is active in the community currently serving on the Boards of the United Way, Greater OKC Chamber of Commerce, Downtown OKC, Inc., City Rescue Mission, Student Mobilization and Allied Arts where he recently co-chaired the 2019 OKC Allied Arts Campaign. He is a graduate of Leadership Oklahoma, Leadership Oklahoma City and Salt & Light Leadership Training (SALLT). John was recognized as one of Oklahoma’s Most Admired CEO’s for three consecutive years from 2016-2018 by The Journal Record. John earned his B.S. in Business Administration from Oklahoma State University and serves on the Board of Governors for the OSU Foundation.

John & his wife, Julie reside in Edmond, OK and have two adult children. He is a member and Elder of First Presbyterian Church of Edmond. 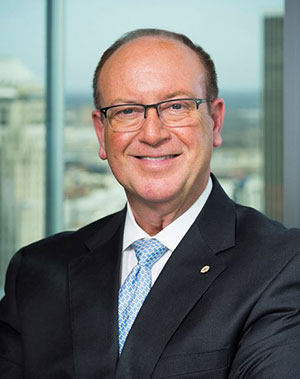