“It Starts with Community”

Claudia San Pedro serves as president of SONIC®, America’s Drive-In®, part of the Inspire
Brands family of restaurants. Inspire is a multi-brand restaurant company whose portfolio
includes more than 8,300 Arby’s, Buffalo Wild Wings, and SONIC locations worldwide.
San Pedro assumed her role in January 2018. She joined SONIC in 2006 as vice president of
investor relations and treasurer. In that role, she directed financial planning, procurement
and investment of funds for the organization and formulated investor relations strategy
and oversaw communications with the investment community. San Pedro was promoted to
executive vice president and chief financial officer in 2015, and was responsible for SONIC’s
financial planning practices, as well as the brand’s relationship with lending institutions,
shareholders, and the financial community.

Prior to joining SONIC, she served as the director for the Oklahoma Office of State Finance
(OSF). Appointed by Governor Brad Henry in 2005, San Pedro was the first female and first
Hispanic to serve as director of state finance for Oklahoma.
Before joining OSF and the Henry administration, San Pedro served as the assistant
director of the Oklahoma State Senate fiscal staff and a staff budget analyst for the senate
appropriations subcommittees on education, human services and general government.
San Pedro presently serves on the Board of Directors of the Greater Oklahoma City
Chamber of Commerce, BOK Financial, and the Foundation for Oklahoma City Public
Schools. She also serves on the University of Oklahoma Price College of Business Board of
Advisors.

San Pedro holds an undergraduate degree from Smith College in Massachusetts and a
master’s degree in business administration from the University of Oklahoma.
Born in Mexico City, San Pedro resides in Oklahoma City with her family. 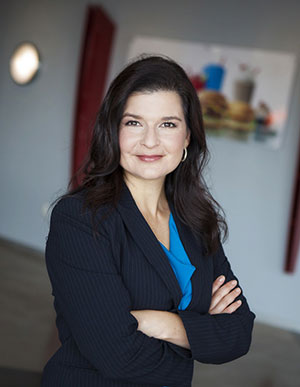